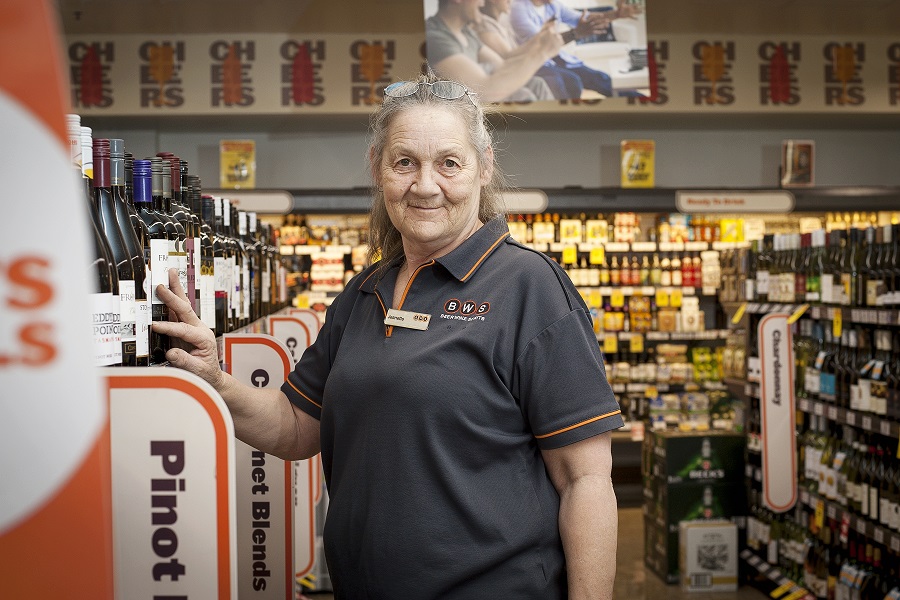 Good news! The new BWS Agreement has been approved by the Fair Work Commission.

The new Agreement will take effect from 17 July 2019. This is a fantastic outcome for employees at BWS.

The new BWS Agreement secures your pay and conditions over the next few years and includes pay rises each year.

Remember, employees will receive increased penalty rates under the new Agreement and other benefits including:

The employee payment of up to $1,100 for eligible employees, depending on your average hours and length of service, will be paid within 28 days. Read more about the bonus payment below.

Thank you for your support. Your SDA union membership has helped to protect and improve your pay and conditions at BWS.

Following a ballot of BWS employees, a majority voted yes in favour of the proposed BWS Agreement. Over 70% of eligible BWS employees voted in the ballot with a 95% yes vote.

This is a good outcome for BWS employees as the Agreement will ensure:

If the proposed Agreement is approved by the Fair Work Commission, eligible BWS workers will also receive a one-off payment of up to $1,100 based on when you were employed and your average hours per week.

The SDA worked hard throughout negotiations to ensure you receive fair pay and working conditions.

Thank you for voting to have your say and to protect and improve your pay and conditions at work. We will keep you updated as this process progresses.

Following extensive negotiations between the SDA and BWS the proposed BWS Agreement 2019 is ready for you to consider.

The proposed Agreement delivers an outcome consistent with the SDA’s four key priorities.

Copies of the proposed Agreement are available in the lunchroom.

The proposed Agreement contains significant changes to conditions of employment at BWS. Please read this information carefully and if you
have any questions about the proposal please speak to your SDA Delegate, SDA Organiser or call the SDA

Voting on the proposed agreement will occur online at www.eavote.com.au

Make sure you have your say.

Below is the current hourly rate of pay and the proposed new hourly rates of pay for Team Members. A new Laundry Allowance ($1.25 per shift / $6.25 per week for Full-time team members) paid to all employees who wear a uniform or preferred dress and launder it at home applies in addition to the rates below. 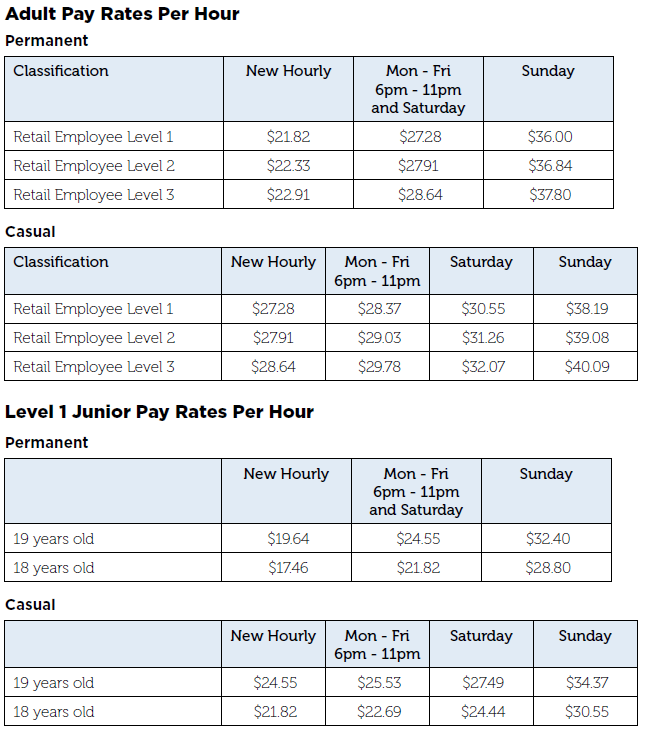 PHASE OUT OF JUNIOR RATES

The SDA has secured the phase out of all junior rates in the proposed BWS Agreement. All team members will be paid adult rates by 1 July 2021. 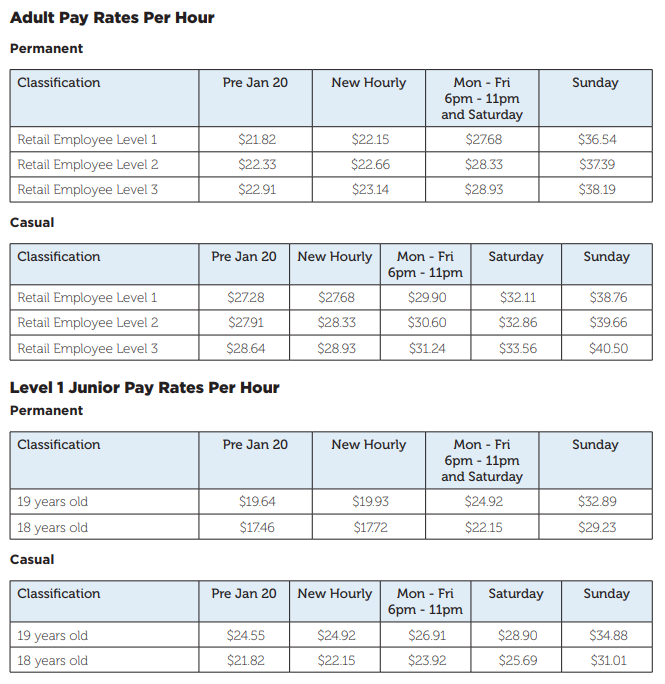 The SDA has worked hard to ensure your take-home pay is protected and to secure wage increases.

Because it has been some time since the last wage increase it was important for the SDA to secure payment for employees who have worked through that period.

» The payment will be made within 28 days of the Agreement being approved by the Fair Work Commission.
» The bonus will be paid to those team members employed by BWS as at 30 June 2018 and still employed by BWS after the approval of the Agreement and who remain employed up to the payment date. To be eligible a team member must have worked an average of 5 hours or more per week.
» ‘The team member’s average ordinary hours will be based on the average of the hours worked between December 2017 to December 2018.
» BWS have reserved the right to pay the bonus earlier than that date if possible.

Penalty rates are calculated on the new base rates of pay. The new penalty rate structure is set out below:

As a result of winning our case in the Fair Work Commission, casual penalty rates will increase over the life of the Agreement for work on Monday to Friday 6pm-11pm and on Saturdays.

First Aid $10.89 per week
Transport Allowance $0.79 per km
Higher Duties Allowance when working at higher level – will be paid the higher level for time so worked, or whole shift if longer than 2 hours.
Broken Hill Allowance $0.94 per hour
Meal Allowance $18.29 ($16.57 for the second allowance as per clause 10.6)
Cold Work Allowance Cold – $0.29 per hour. Freezer- $0.73 per hour. Only paid when employees are principally employed for a shift of stocking/refilling refrigerated storages or entering cold chambers

Allowances may increase over the life of the proposed Agreement and will not be less than in the Award.

The proposed Agreement introduces Shiftwork provisions. Team members need to be engaged specifically as a Shiftworker by BWS. No current team members are engaged as shiftworkers. Existing team members can only become a shiftworker by mutual agreement.
Shiftworkers receive different penalty rates and their hours of work are restricted so that a shift has to start after 6pm but before 5am the next day. 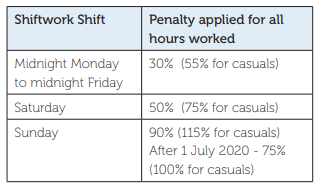 The SDA has defended the following above Award conditions that will remain in the proposed Agreement:

Multi-Work Sites Clause
Under the existing Agreement team members could nominate additional BWS stores to work at without payment of a travel allowance. The proposed Agreement provides improvements to this provision. Part time team members who have worked additional hours at another store(s) for more than 12 months may apply to increase their core hours to work the additional hours at the other store(s)
on a permanent basis.

The following provisions, that are not in the General Retail Industry Award, are also not in the proposed Agreement:
» Split Shifts (also called Additional Shifts) – no longer permitted
» The proposed Agreement will not have delayed starts
» Day in lieu when a public holiday falls on a nonworking day
» Upfront crediting of personal leave

If you have any questions or concerns about this please speak to your SDA Organiser or contact the SDA. The SDA will provide members with updates as this process progresses

NO NEW AGREEMENT WILL BE INTRODUCED WITHOUT A VOTE OF BWS WORKERS.

The SDA has fought hard to deliver the best possible outcome for BWS workers.