In a big win for Woolworths workers, new signs are rolling out nationally in Woolworths Supermarkets that remind customers to treat staff with respect.

The SDA welcomes this important recognition by Woolworths that abusive and violent customer behaviour must be eradicated as they take steps to positively and publicly promote and support a culture of respect and dignity for workers.

Abuse and violence from customers is one of the top health and safety issues facing retail and fast food workers and it is has serious impacts on their physical and mental health.

Earlier this year, the SDA pressed employers from across the retail and fast food industries to commit to taking proactive steps to eliminate abuse from customers and to protect workers.

A range of employers signed the industry statement, including Woolworths Group.

We’re pleased Woolworths will be using these signs across the country.

This is particularly important in the lead up to Christmas when the shops will be busier than usual.

While there is much more work to do, this is a significant win for workers that is only possible because of SDA union members who push for safer workplaces.

The SDA’s No One Deserves A Serve campaign was launched in 2017 following research conducted by the union showing over 85% of retail and fast food workers had been abused by a customer.

Read more about the campaign here and watch how it is making a big difference here. 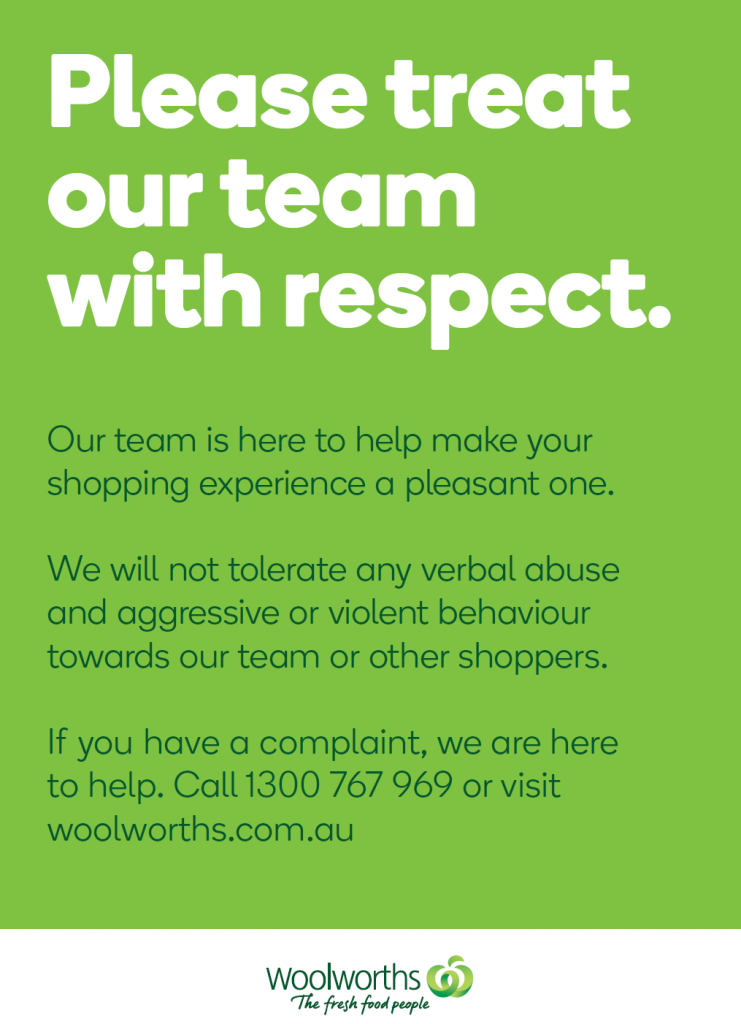