2020 has been a challenging year for all our members working in retail, Fast Food, Warehousing, hair and beauty and pharmacies across the country.

The corona virus not only presented a direct threat to the health of SDA members, but also increased the incidence of customer abuse and violence as COVID-19 panic buying took hold.

Despite these challenges we can look back on 2020 with pride.

SDA members banded together and were instrumental in securing a raft of outcomes that ensured they were protected in their workplaces, respected in their jobs and rewarded financially for the essential work that they performed for the Australian community.

Below is a list of the outstanding achievements fought for and won by SDA members this year:

2020 saw further increases to the Saturday and Evening penalty rates for casual Retail workers won by SDA members in 2018. 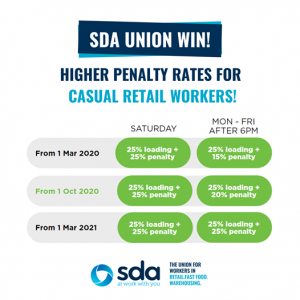 SDA members have also been integral to the campaigns to have retailers acknowledge Boxing Day as a public Holiday in South Australia and Tasmania where the state governments have refused to declare the 26th of December as a public holiday.

Whilst the rest of Australia will be entitled to Public Holiday Penalty rates, workers in Tasmania and South Australia miss out.

We welcome the announcement of the companies below that have listened to, and respected their workers concerns, and have agreed to pay penalty rates on 26 December in SA and TAS:

This was the wage subsidy package that SDA members demanded from the government to help soften the economic impact of store closures as a result of the lockdown measures that were installed to slow the spread of the virus.

This package formed the basis of the JobKeeper program that has helped millions of Australians to maintain an employment relationship with their employers during shutdowns resulting from COVID-19.

With the virus moving quickly and the health and safety of frontline workers paramount, SDA members came together to support and demand that employers adopt a raft of Safety Plans that aimed to protect them in the workplace.

There were specific safety plans made for: 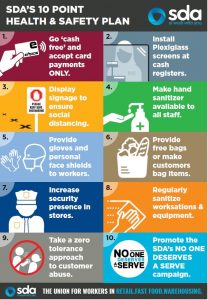 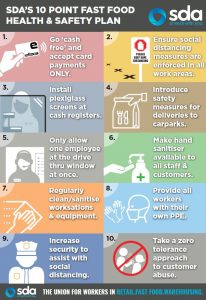 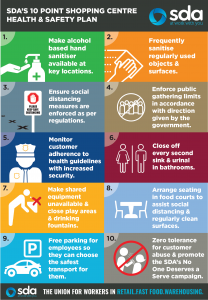 SDA members called on employers that remained open during the height of the pandemic to pay an essential service payment to their workforce in recognition of not only their dedication during these tough times, but also their fearless contribution to ensuring that Australians could still access the essentials needed to live.

Over 42,000 workers got behind the campaign and supported the calls for workers to be recognised. 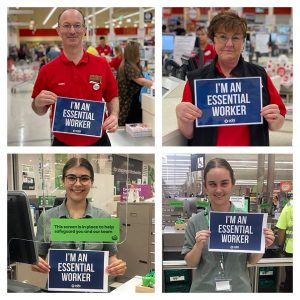 SDA members provided key testimonial evidence the SDA’s submission to the annual wage review which determines the increase in the minimum wage.

The SDA made a submission alongside the ACTU for a 4% increase, whilst employer organisations were pushing for no increase.

The Fair Work Commission ultimately landed on 1.75% but delayed the increase for the retail and fast food industries until February 2021

Again, through the hard work and support of SDA members the following employers agreed to pass on the wage increase before the Feb 21 date: 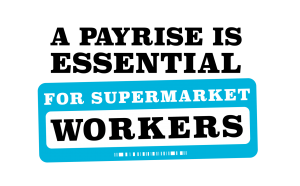 SDA members played an integral part in a joint lobbying effort with the ASU and ANMF to protect and improve the super system for workers and to ensure that working women are not retiring in poverty.

These brave SDA members shared their stories with MPs from all political parties and helped to show the real-life cost of weakening the super system which the politicians couldn’t ignore.

Thank you to SDA members Gai Hamilton, Maria Dymarz and Sam Cahill who went above and beyond to support working women and their super. 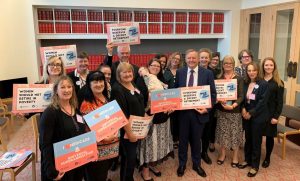 SDA members stood tall and drove campaign efforts to allow workers to wear badges that reminded customers that they were Mums, Dads, Daughters and Sons. 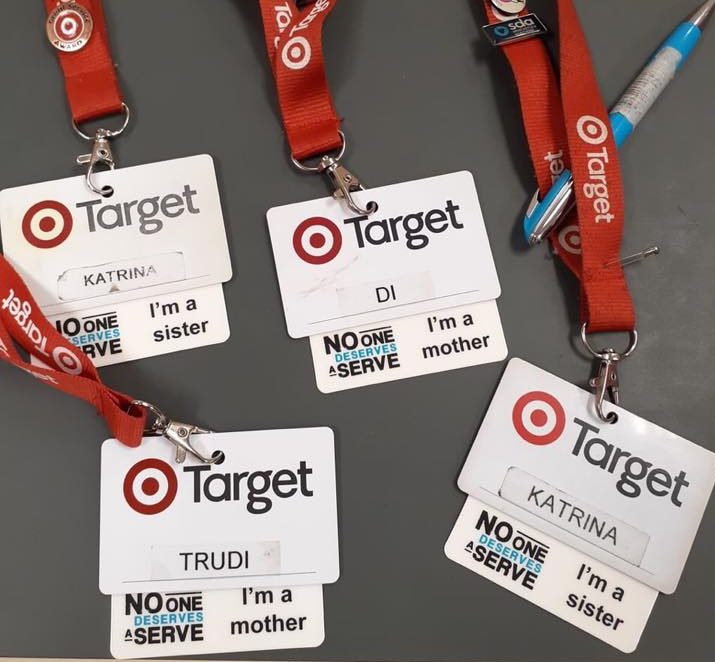 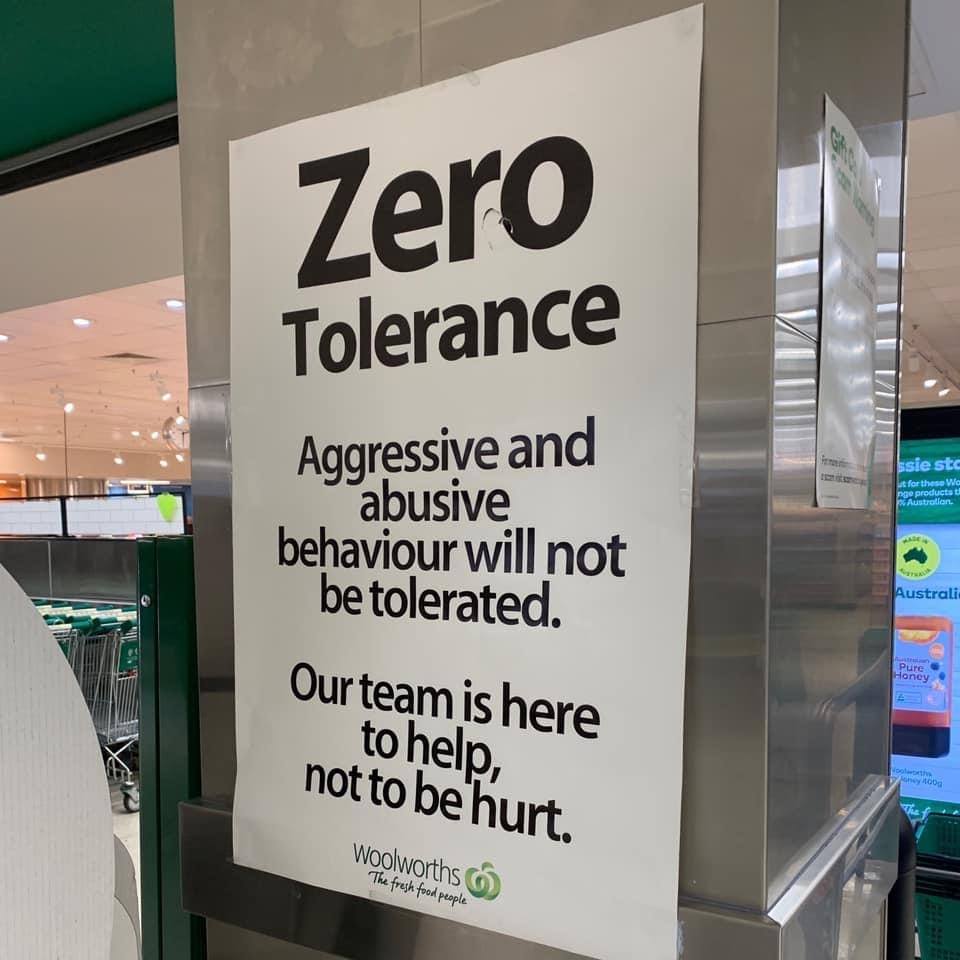 The SDA made submissions to the review of the General Retail Industry Award to increase the pay rates of level 2 and above of junior employees to the Adult Rate.

Whilst the Fair Work Commission did not agree with our claim for level 2 and above, they did remove junior rates for all workers at level 4 and above.

You can read more about the case here.

Whilst Coronavirus has wreaked havoc on 2020, SDA members stood tall and tackled issue after issue that threatened not only their own wellbeing, but that of the wider community.

It was through their unity that they were able to achieve a raft of improvements to their pay and working conditions.

In addition to these national wins, there were many improvements won by SDA members at branch level and in individual workplaces.

There is still work to be done and the more workers who sign up to become SDA members increases the capacity we have to ensure that workers in retail, warehousing, fast food, hair and beauty and pharmacies get a fair go.